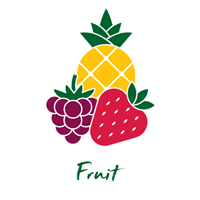 “Supremo” is a grading term for exportable coffee from Colombia, not related to variety or cupping profile.

Colombian coffee is graded according to bean size: Supremo and Excelso beans are harvested from the same coffee trees, but they are sorted by size. Excelso coffee beans are large, but slightly smaller than Supremo coffee beans with a 15/16 screen size compared to 17/18 for Supremo.